When it comes to conservation, “animal problems are human problems, so better we get everyone involved to work for a better future”

That is the main message that Belén.G.Ovide got after spending five intense days in conferences at the 19th WORLD MARINE MAMMAL CONGRESS in Barcelona, Spain.

Read more about her experience and insights after the conference:

Participating in an event like this is, first of all, very overwhelming and then, of course very interesting!

I participated in four other similar assemblies previously, such as the annual European Cetacean Society (ECS) Conference, but this one was—by far—the biggest event focused on marine mammals I have ever attended. Over 2,500 attendees (mainly researchers) from more than 90 countries came together to present their work and research results, address marine mammal conservation issues, and simply learn new things.

“…the focus and concerns of ocean and marine mammal scientists have shifted.”

It is interesting to see how during the last 20 years the focus and concerns of ocean and marine mammal scientists have shifted. Two decades ago scientist were worried about whaling, fisheries and bycatch impacts, but we were still discovering how whales live, communicate and occupy a role in ocean ecosystems… Since then, we have learned a lot about populations, genetics and ecology. And today, despite the quota system on fishing, we are still dealing with the big problem of fish stock overexploitation and discarded fish. But at least, in some fisheries, observers (biologists) are required on board to control those numbers so rules are better followed and fewer fish are unnecessarily killed.

Even though some countries are still hunting whales, the ban on whaling after the International Whaling Commission treaty in 1946 has been one of the main achievements in the history of marine mammals, as many species have started to show recovery levels in their population numbers in the years since!

“The scientists are calling for ACTION.”

This year, Climate Change is, undoubtedly, the main concern! Scientists are calling for action NOW to protect the species that are facing climate change. Particular attention was paid for those species living in the Arctic regions because they depend on the existence of sea ice—which is now disappearing faster than ever before—to survive.

“Sometimes thinking about all these environmental issues, can be morally devastating.”

We are losing species at an alarming rate and it seems very challenging for science and governments to implement solutions before it is too late to save them. And believe me, when your life is all about the ocean, sometimes thinking about all these environmental issues, can be morally devastating….

But despite climate change, the fact is that marine species are already experiencing serious human impacts (e.g. overfishing, bycatch, poaching, vessel strikes, habitat degradation, chemical or acoustic pollution, non-responsible tourism…). So where do we start? Everything is so interconnected that it does not seem efficient to isolate study cases to save single species. One good example could be the case of the critically endangered vaquita, a small porpoise. In the waters off Mexico, there are 19 vaquitas “at most” left in the wild despite huge conservation efforts (Armando M. Jaramillo et al., 2019).The incredibly high price on the market for endangered Totoaba fish is triggering the alarming decline of vaquita numbers as they get entangled in Totoaba gillnets.

“The scientists need support from the people to provoke governmental actions.”

I think we should adopt an ecosystemic approach. Sometimes, using key species to protect ecosystems can be a good example. For example, did you know that if we want to protect migratory whale species that travel hundreds of miles naturally, we should consider protecting the whole area? So, in this way we can push the needs of marine protected areas implementation. But now it seems that every single species in the ocean, starting from the “lowest level” of primary production, plankton, is suffering from the aforementioned impacts. We have enough information from scientists and they have raised their voices, declaring this “a global emergency.”

So we have the best arguments to push the governments for solutions. But for that, it is important to act in the collective level and get everyone involved (your family, your friends, your community, the local authorities…) for actions, small and large. The scientists need support from the people to provoke governmental actions.

When there are problems, generally there are also solutions, however most of the times solutions are not so visible or reinforced enough to reach the same impact level than the problem. For example, “pingers” have already being used in some fisheries to reduce cetacean entanglements and cameras onboard big ships have been proven successful in preventing ship strikes. There have been incredible amounts of new information and knowledge in recent years about noise pollution and how these affect the underwater life and good alternatives to replace plastics are rising in use, especially among the younger generations.…

Animal problems are human problems…. Overpopulation and poor management of resources has triggered the current situation, where we as animals are also affected by the rapid changes.

There is definitely no “planet B” and now more than ever before I think it is as necessary as beautiful to defend our nature, listen to the people and the waves and give back what we own to our Blue Planet.

“Act as if what you do makes a difference. It does.” – William James

If you want to read the poster that we presented, you can download it here!

Collaboration OCEAN MISSIONS x TWISTER
Together we are stronger! We are excited to announce that OM will join Tall Ship TWISTER in 2020 during their first HORIZON EXPEDITION

Scoresbysund , Greenland: a pristine environment?
This summer we were sailing in the stunning and remote fjords in Scoresbysund, East Greenland to study the problem of plastic pollution and to address the possibilities of developing some local projects with the small communities
Previous post Collaboration OCEAN MISSIONS x TWISTER 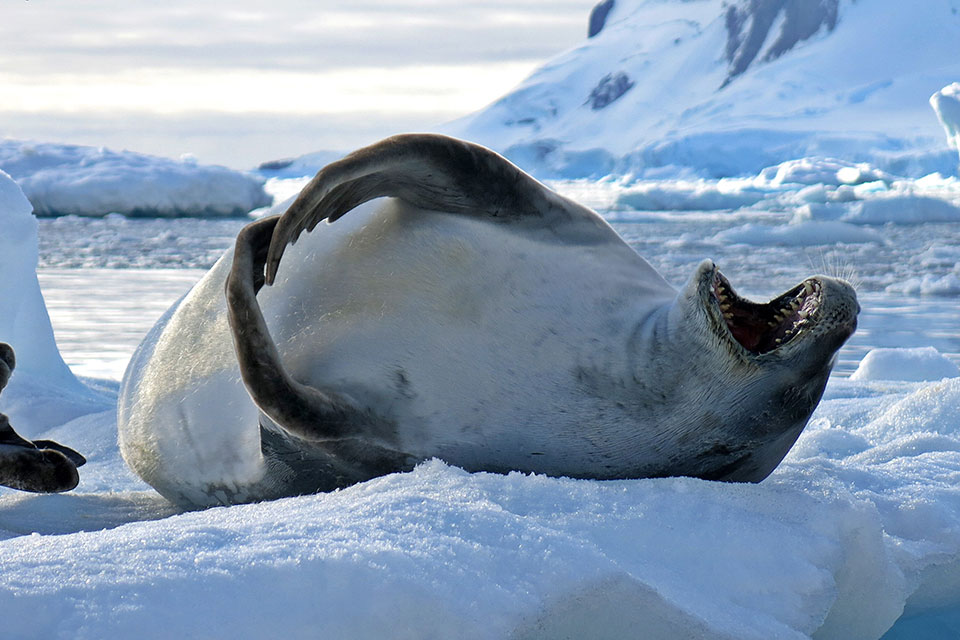 When it comes to conservation, “animal problems are human problems, so better we get everyone involved to work for a better future” 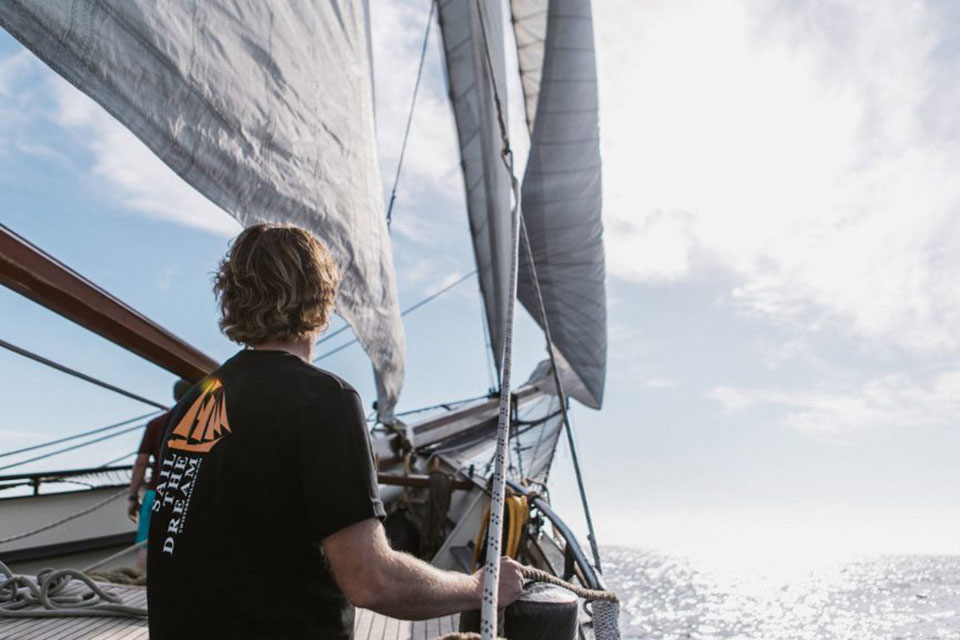 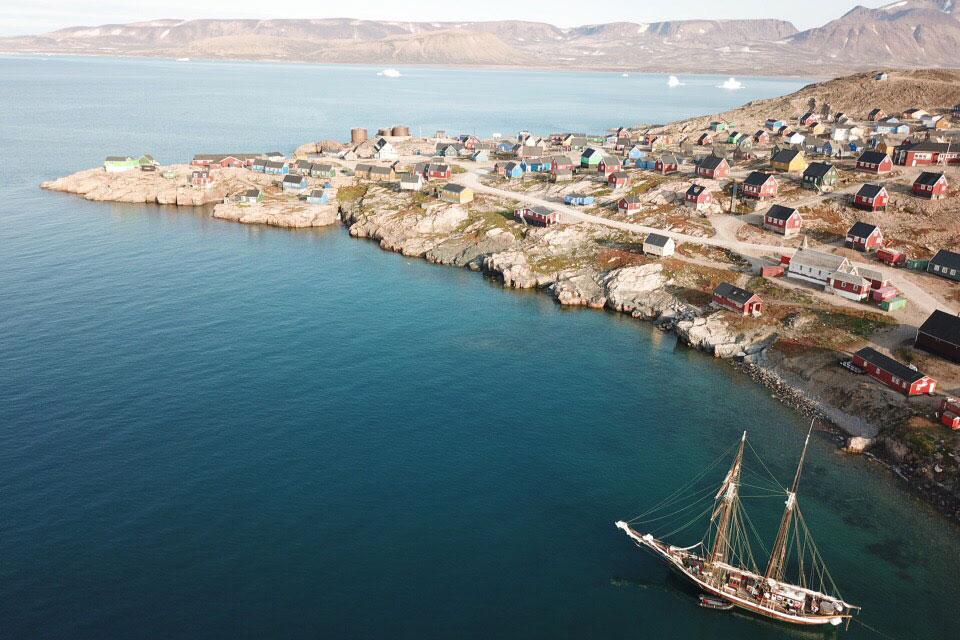 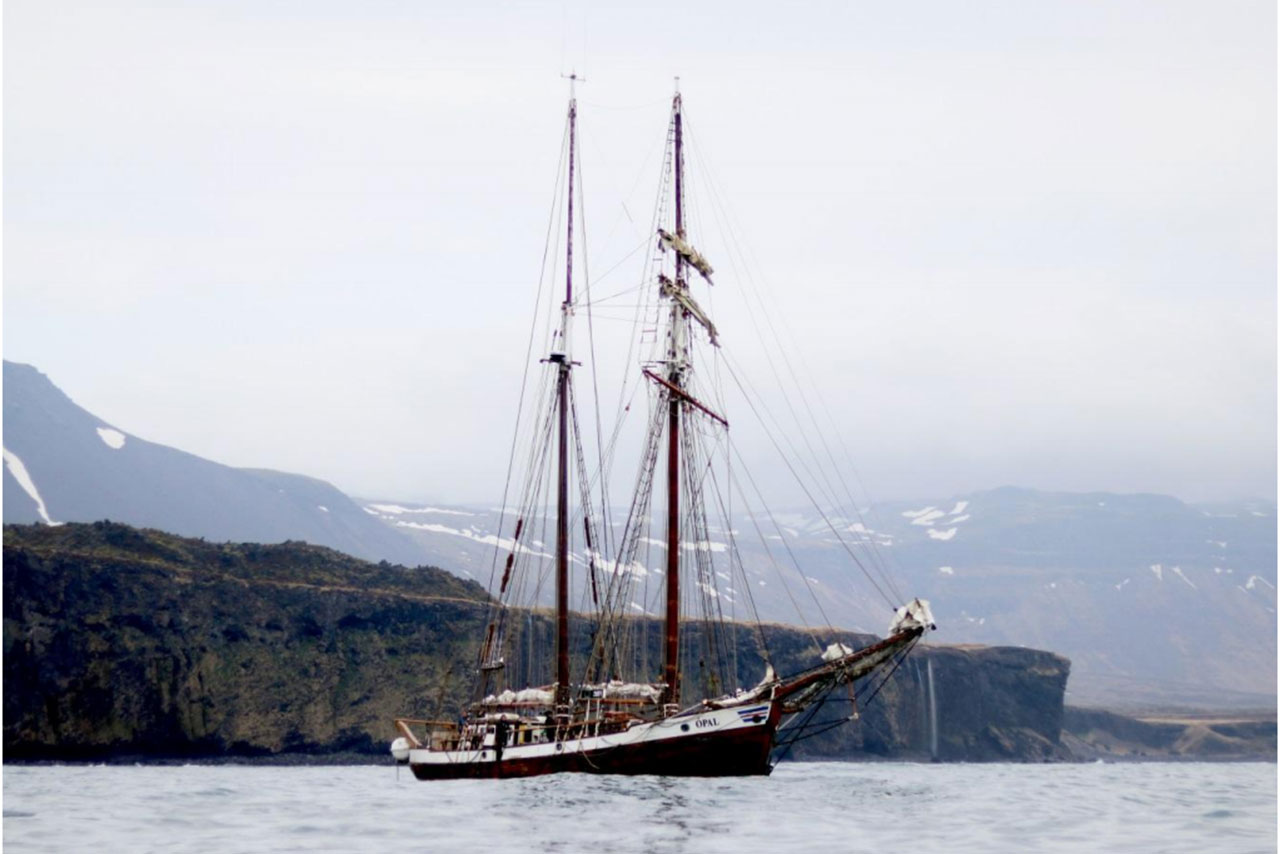 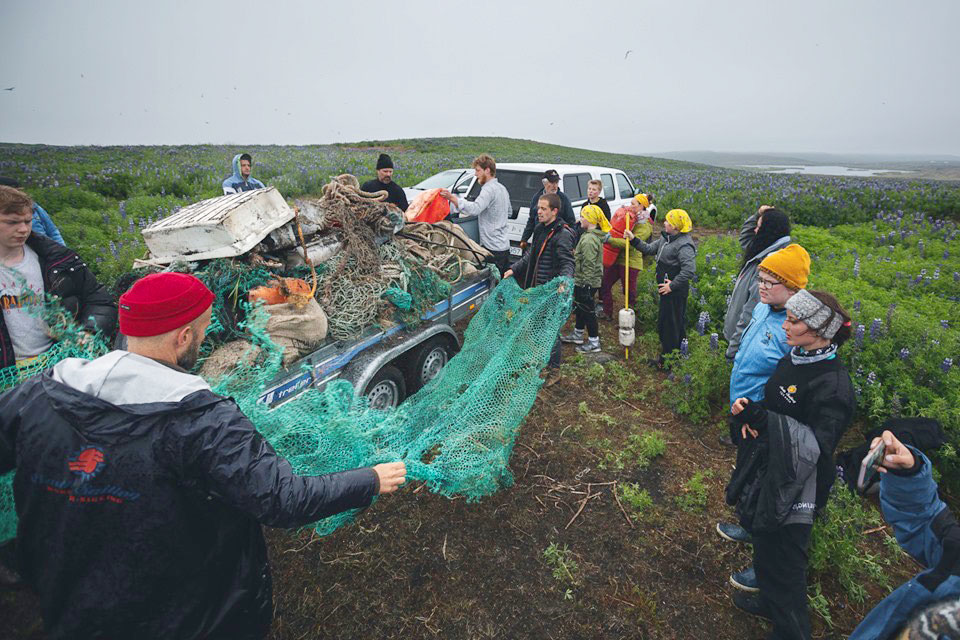 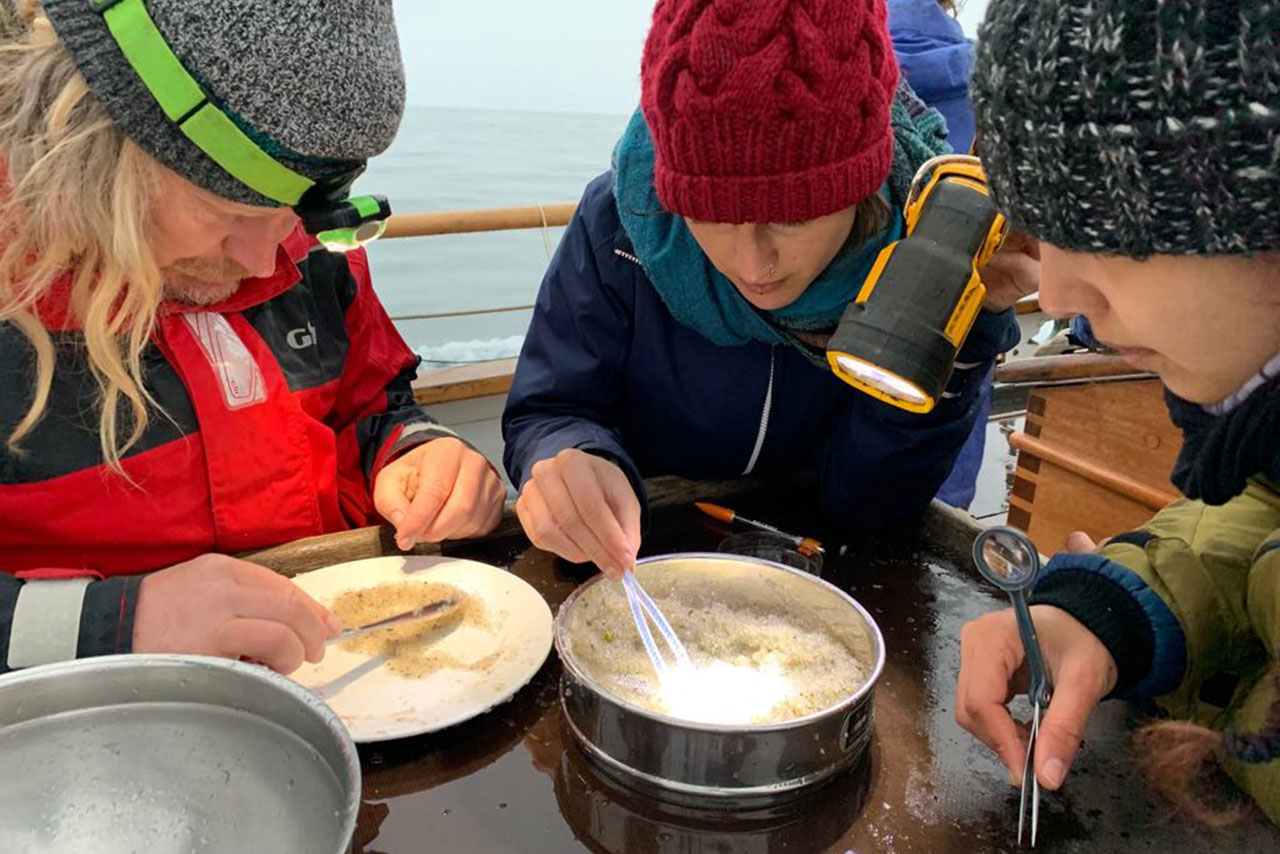 Discover what we found during the last expedition 2019 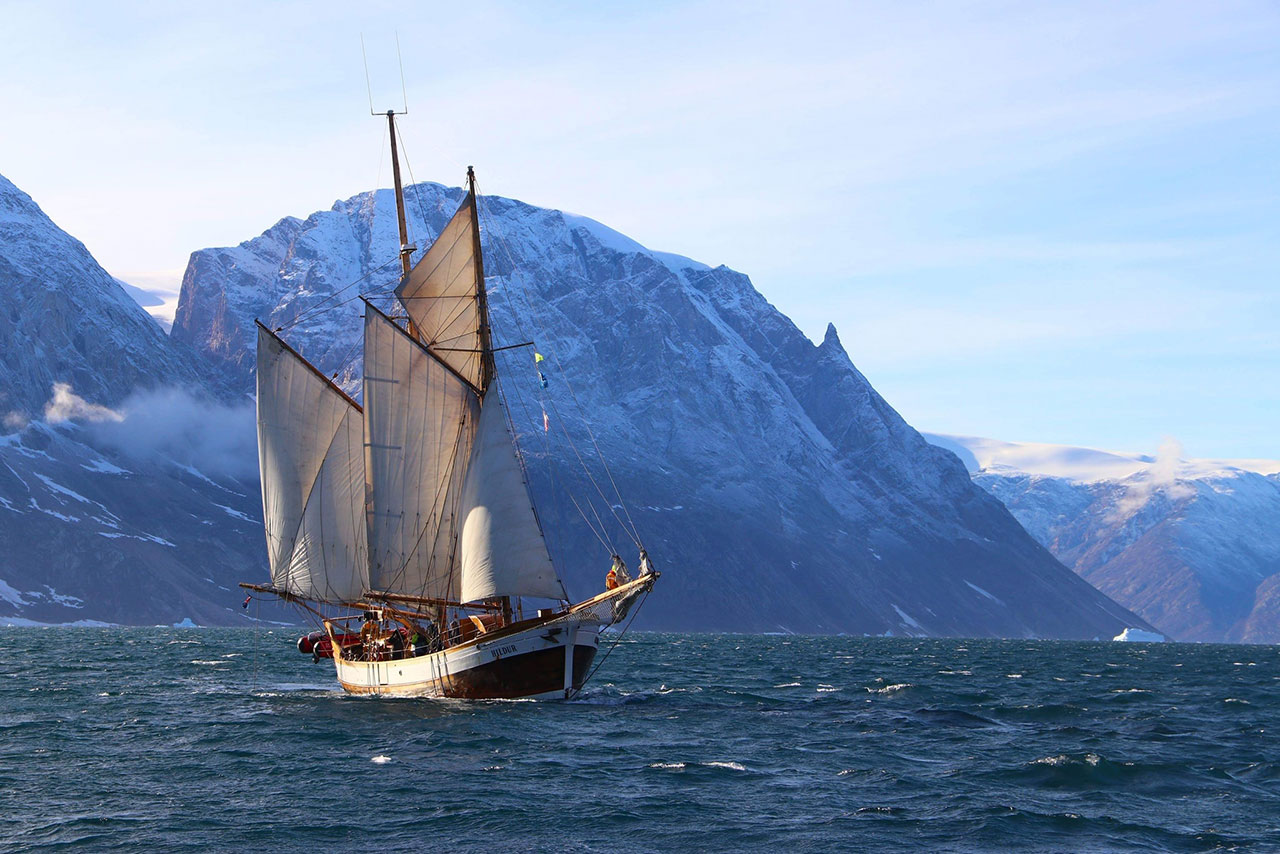